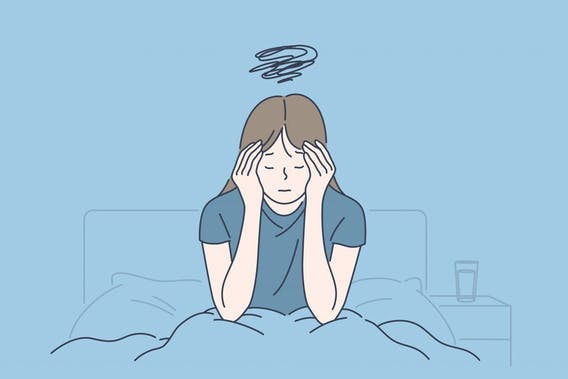 One of the core concepts of gestalt therapy is creative adjustment, and food is a metaphor for the significant Other – the significant Other we depend on. In order to adapt to the circumstances of our lives or the cards we were dealt, we creatively adjust in the best way that we can manage with the resources we have at the time. Now, something that was maybe useful at the time, sometimes stays with us even if it no longer serves us – it becomes a self-destructive (or destructive) behavior pattern. Gestalt therapists look at eating disorders through this very lens.

The etiology of these disorders still remains somewhat unclear, and the triggering factors won’t be the same for each individual. However, there are three important experiential and societal groups of factors to consider when we reflect on “where” they came from:

In this day and age, there are at least two problems related to our bodies and body images. The first would be regarding our bodies as projects – a thing we own and we can change/improve as we like. The body is percieved as a reflection of our identity and life choices, and this makes it a huge source of serious anxiety. And with anxiety comes the need for control (in the case of anorexia, for example), or the need to cover that anxiety up (overeating disorder).

The second problem would be the role of the parent – today’s parents don’t have the time to hold their child as much as the child might need it. Thus, the parent’s body is no longer the safe haven for the baby. However, it is still a means to fulfilling it’s other basic physiologilac needs. This leads to a confusion of psychological and physiological needs, and often leads to feeding becoming the main way of contacting others.

Simply being female is one of the risk factors for developing one of these disorders. The female role identity is quite problematic nowadays. A young, modern woman is still, after all these years of progress, stuck between the traditional role of the wife-mother and the role of a successful woman who is “taking over” some of the traditionally male characteristics. Similarly, a young adolescent girl will be very ashamed of her own sexuality or sexual curiosity (for very different reasons now, compared to before). In some modern women, this conflict between the “productive” and “reproductive” woman, leads to negating any outer feminine traits or anything that reminds them of the female identity, as it is seen as a hurdle on the way to success.

Being an adolescent is one of the most important risk factors. Adolescence is a period in which our bodies and their roles are changing significantly. The body becomes a canvas we use to express our identities and a channel we use to communicate with the world around us. The same child that wasn’t held enough by their parent in their formative years, faced with a new identity crisis, will not be able to integrate the new sexual self into their self-image. These adolescents find themselves stuck in the impossibility to relate to their new selves, and to reach out to those around them. Confused about where their suffering comes from, they reallocate the problem to food and feeding, shifting a big part of their attention and time towards it.