Light up the brain with music 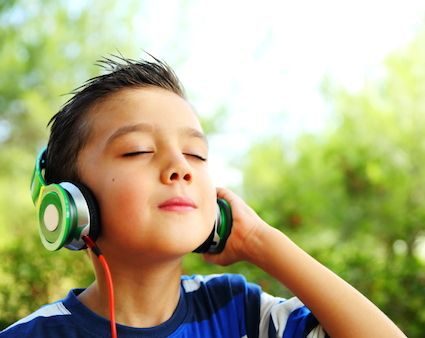 Two of the biggest indicators of ADHD (attention deficit hyperactivity disorder) are lack of focus and hyperactivity. In fact, someone can have any of three types of ADHD: mainly inattentive, mainly hyperactive, and a mix of both.

It has been found that children who were diagnosed with ADHD were helped significantly by music. Researchers realised that music increased the child’s ability to focus and be attentive, while also reducing the child’s hyperactive symptoms.

But how could it be?

Music is rhythm, and rhythm is a structure, and to the brain with ADHD, structure is soothing. This is because the brain is trying to regulate itself and trying to force itself to stay on one straight path. Music has a clear beginning, middle, and end, and so “music therapy helps children with ADHD to plan, anticipate, and react”, claims Kirsten Hutchison, a music therapist at Music Works Northwest.

Music also helps on a hormone level. Dopamine is responsible for regulating attention, memory, and motivation, and this is in short supply for children and adults with ADHD. However, music has been shown to increase levels of dopamine. So by putting the two together, music can help people with ADHD to increase their dopamine levels, thus also increasing their attention, memory and motivation.

So rather than trying to stop your child with ADHD from all sensory stimulation (no sounds until they finish their homework for example), instead discover together their favourite music or songs, and encourage them to listen while trying to do other activities. Don’t criticise their taste in music, maybe it’s electronic music, and you’d rather that they listen to Classical… it doesn’t matter, if they like the music, it will be more likely to increase their dopamine levels.