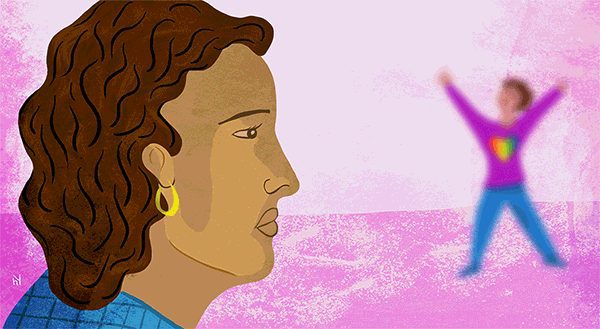 One of the most important and difficult tasks that parents face is how to best support their children while also setting the kind of boundaries and structure that helps them grow up to become responsible and successful adults. Sure, children and teens love to test the boundaries that adults set for them. But it is important to make distinctions between instances where “kids are being kids” and when they’re asserting things about themselves that are critical to their identity and development — as is the case with gender identity and expression.

When it comes to things like gender identity, the support of the family is critical. Studies have shown that lack of support can lead to depression, can lead to the youth engaging in behaviors which put their health at risk, and in extreme cases can result in homelessness and suicide.

At some point, all children will engage in behavior associated with different genders – girls will play with trucks, boys will play with dolls, girls will hate wearing dresses and boys will insist on wearing them – and gender nonconforming behavior does not necessarily mean that a child is transgender. That said, sometimes it does – with some children identifying as another gender than the one they were assigned by the time they are toddlers.

The general rule for determining whether a child is transgender (rather than gender nonconforming or gender variant) is if the child is consistent, insistent, and persistent about their transgender identity. In other words, if your 4-year-old daughter refuses to wear dresses or go to ballet classes, or says she wants to be a boy once or twice, she probably is not transgender; but if your child who was assigned female at birth repeatedly insists over the course of several months that he is a boy, then he is probably transgender.

But how can you support your child through this process?

In order to support your child, it’s important to support yourself as well. Seek out groups, or individual support, to help you understand your child’s experience. Remember, that it’s ok if you find it hard to accept at first, it’s a process. Your child just appreciates the fact that you’re willing and able to support them.