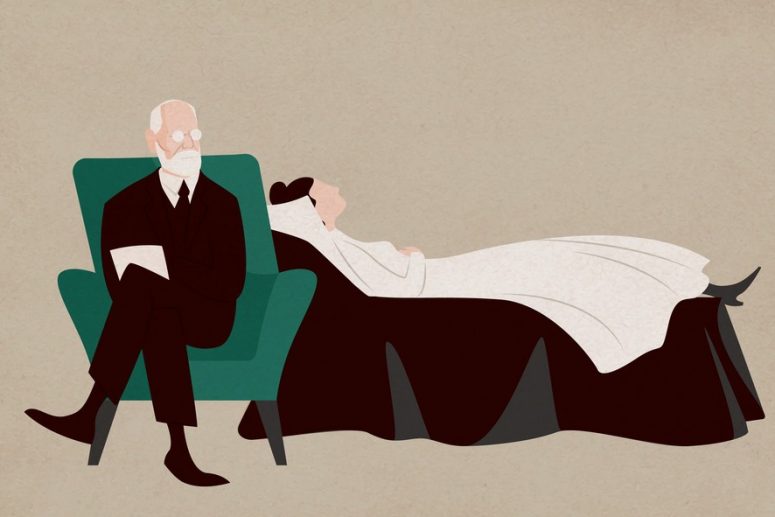 Libido, derived from Latin for desire and lust, was first introduced as a concept by Sigmund Freud (1856-1939). In his psychoanalytic theory, Freud proposed that life drive (Eros) is opposed by the self-destructive death instinct (Thanatos), the interaction of which produces all the variations of human activity. Contrary to the self-destructive death instinct, life drive deals with the basic instincts of survival, pleasure, and reproduction (Freud, 2015). To refer to the energy created by the life drive, Freud used the term “libido”.

The Id, the Ego, the SuperEgo and the Libido

Crucial to his psychoanalytic theory about the life drive and libido was the study on the conscious and unconscious mind. According to Freud, the Id is the primitive and instinctual part of the unconscious mind that contains sexual and aggressive drives and hidden memories. The Id seeks pleasure and demands the immediate satisfaction of its desires and libidinal urges. At the opposite pole, the Super Ego consists the part of the conscious mind that involves the ideals and morals internalized from parents, authority figures, and society. Among these two poles, there is the Ego, which is the realistic part of the personality that mediates between the primitive, impulsive desires of the Id on one hand, and the social and moral demands of the Super Ego on the other. The role of the Ego is to make sure that the libidinal urges of the unconscious mind are expressed in socially acceptable ways (Boag, 2014).

Freud developed the idea of a series of psychosexual developmental stages in which the libido fixates on different erogenous zones; First in the oral stage (exemplified by an infant’s pleasure in nursing), then in the anal stage (exemplified by a toddler’s pleasure in controlling their bowels), then in the phallic stage, through a latency stage in which the libido is dormant, to its reemergence at puberty in the genital stage (Freud, 1989). When handled successfully, the child moves to the next stage of development and eventually grows into a healthy, successful adult. But what happens when libido remains fixated in earlier psychosexual stages?

According to Freud, failure to adapt adequately to the demands of each of the four psychosexual stages produces certain pathological character traits in the adult personality, leading to what Freud called the “immature, psychopathologized individual”. When the libidinal drives are further suppressed during adulthood, a time when the conflict between intrinsic desires and morality is more apparent and oppressive, this conflict can result in great tension and disturbance in the individual’s psyche, prompting the use of the Ego defense mechanisms, such as repression or denial.

However, the libido energy is limited and Freud suggested that the act of denial, or keeping memories out of conscious awareness, requires a tremendous amount of psychic energy. According to his theory, the excessive use of Ego defences leads to neurosis, which is the medical term that Freud used to refer to the development of behavioural and psychosomatic symptoms as a result of the return of repressed emotions and desires (Boag, 2014).

The primary goal of psychoanalysis is to bring the repressed intrinsic drives and desires of the Id into consciousness, allowing them to be met directly and thus reducing the individual’s reliance on the Ego defence mechanisms. To do this, psychoanalysts use the techniques of free association and dream interpretation so as to lower the defences of the Ego and let the Id come to the surface. Eventually, the patient will be able to release all the previously suppressed libidinal energy and finally feel relieved, safe and confident to express their inner thoughts, emotions and desires. Dismissing the fear of shame and guilt associated with these intrinsic desires, the person will be able hopefully to develop healthier ways to meet their needs.

If you would like to raise more awareness about yourself, what are your inner thoughts, wishes and desires in life, you can reach out here

Kleopatra Chousou is working as an intern psychologist at the Willingness. She obtained her BSc in Psychology in Greece and completed her Master’s in Clinical Psychology at the University of Leiden. Kleopatra’s main research interests focus on the field of psychopathology and psychoanalytic theory and therapy.