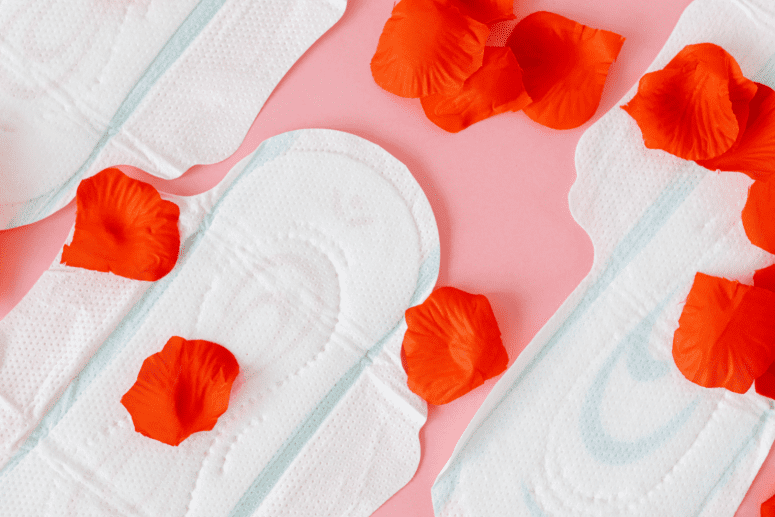 During her lifetime, a woman menstruates for 8.2 years on average. For such a lengthy time, menstruation affects about half of the world’s population. One would think that a topic that affects billions of people is expected to be discussed more, but it isn’t.

Menstruating women find it difficult to discuss their periods openly and feel embarrassed to disclose their present menstrual status. Because of this, many girls are unprepared or ignorant when their period first starts. And the experience of exclusion and stigma due to the view that menstruation is something shameful is all too frequent in the lives of menstruating women and even impacts their everyday lives.

But what is a menstruation stigma?

The term “menstruation stigma” refers to many forms of stigma that affect women, who are menstruating. Menstruation is a normal and natural process occurring every month and the stigma seems to make life harder for everyone who experiences it.

Inappropriate jokes and incorrect menstrual beliefs can both contribute to this. Have you ever come across the phrase: “Surely, she is on her period!”? When women are viewed as being overly sensitive, anxious, or violent, they are frequently accused that they are suffering from PMS (https://willingness.com.mt/i-struggle-with-pms-every-month/) or their period. It is implied that the woman lost control of her emotions, because of her hormones. Also, there is the belief that women on their periods are less competent and too hormonal to function logically. Some still believe that women who menstruate are impure and unclean. When asked to describe menstruation, men and women are using 92 negative terms, 55 neutral words, and 33 positive ones. Thus, menstruation is discussed in a very negative and stigmatizing way.

Consequences of Shame and Stigma

The problem is that period shame doesn’t only occur during menstruation. Period shame can lead to body shame, insecurities surrounding nakedness and smell and even limits the sexual agency of menstruating women. Therefore, shame can hinder confidence and leads to uncomfortableness in everyday lives.

Furthermore, the stigma around menstruation has a negative impact on women’s health, sexuality, wellbeing, and social standing. The need to keep the menstruation secret leads to self-consciousness and hypervigilance. It even results in avoidance of activities and certain clothing. Swimming and sex are avoided out of fear that someone might react negatively to menstrual blood. In some countries menstruating women and girls are not allowed in the kitchen, bedrooms, religious activities, school, work or even prohibited to touch some things or people.

For women who are menstruating, the stigma can also have harmful medical effects, such as a delay in diagnosis and treatment. Most people don’t know what a typical period looks like, so they could overlook warning indications of potentially harmful conditions.

Eight out of ten girls report feeling mentally unprepared for their period. Many girls say that they experienced bad emotions with their first menstruation and characterize the experience as frightening and shocking. Some even go so far as to say that they feel repulsed by their period and that they think menstrual blood is filthy. However, some girls viewed menstruation as something positive, a sort of maturing process. The more prepared girls felt, the better their attitudes towards menstruation were.

What can be done?

We should rethink the negative association of menstruation and normalise talking and experiencing it. One of the main contributors in the fight to normalization may be education. Menstruation should no longer be discussed behind closed doors and be included in normal conversations and school curriculum. Open, and free talk can help everyone to understand menstruation better, even those who are not menstruating. Maybe one day menstruation might not be talked about in negative terms, but in a healthier context. So, we should all break the stigma and embrace the uncomfortableness. Menstruation is a complex topic and should be discussed thoroughly, it contains questions of gender equality, health, education, and human rights.

All of this can help menstruating women accept themselves every day and end the restrictions put on them by taking menstruation seriously. If you think that you can benefit from professional support on this issue you can reach out here.

Lisa Zach is an intern at Willingness and currently pursuing her master’s degree in clinical psychology. As an aspiring therapist, researcher, and educator, she is particularly interested in action-oriented research, advocacy, and holistic approaches to mental health.