Be Your Best Friend 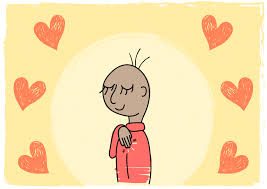 Kristin Neff, an associate professor of human development at the University of Texas, found that people who have a higher level of self compassion, experience less stress and anxiety levels when faced with a threatening situations. Neff describes self compassion as “being kind and understanding toward oneself in instances of pain or failure, rather than being harshly self-critical”.

Simply put, in order to practice self compassion, we should imagine what we would say to a best friend. Usually, we tend to be kinder and more compassionate towards are best friends, and not towards ourselves. So let’s say we failed at something, such as an exam, what would we say to that friend who failed the same exam? Would we tell them off for not studying, or motivate them and encourage them for the resit? Would we judge a friend’s emotions, or would we validate them?

Neff goes on to say that self-compassion is not an excuse to avoid goals or to become self-indulgent or vain. Rather, self-compassion can be a strong motivator to keep going forwards, as it pushes a person to alleviate their suffering, to thrive, and to be happy.