Nightmares: Do they Mean Something? 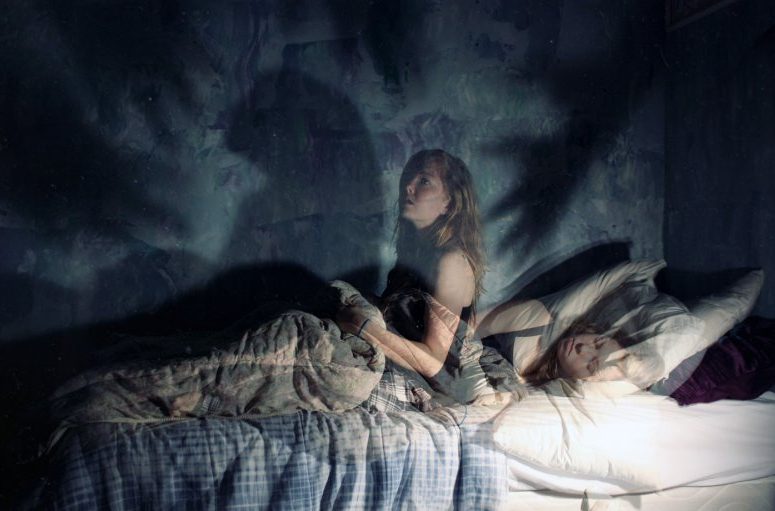 Sleep is a very important contributor to human functioning. It is the charging function to restore the energy levels that fall during the day. It is known to reduce stress, depression, improve memory and allow an adequate amount of time for the body to repair itself (Stibich, 2019).

Usually when we sleep we explore worlds of fantasies that could not be explored during our waking lives. These worlds are called dreams, they are psychological dimensions that are only explored while we sleep, during unconscious hours (Bulkeley, 2017).

Sometimes while we dream, we encounter situations and objects that invoke negative feelings and may often present disturbing imagery that disrupts our sleep. These types of dreams are called nightmares. They are, by definition, disturbing dreams with elaborative visual content (Wood, Bootzin, Rosenhan, Nolen-Hoeksema, & Jourden, 1992). 5% to 8% of the global population experience repetitive, chronic nightmares that plague the everyday lives of the sufferers (Krakow & Zadra, 2006).

What happens in the nightmares?

During nightmares, people often experience flashbacks that occurred during their waking life, such as re-experiencing a car accident, or maybe a similar situation with the same theme. Other people may often imagine themselves drowning, being chased by an unknown figure, or even committing horrendous acts of violence (Nielsen & Zadra, 2005).

According to Hartmann (1998), nightmares are often guided by emotions, guilt, shame, anger, they all shape and manipulate the dreams into nightmares. Perhaps that is why they are called nightmares, maybe it’s not the disturbing content that make them nightmares, but maybe the emotions themselves that revolve around them, in fact among a number of structures in the brain that remain active during sleep, one of them deals with emotions (Kalat, 2009).

In Hartmann’s research, an example is given of a man whose brother was burned alive. “In my dreams, most of the time I am getting hurt in some way by my brother or I get hurt in an accident while my brother is safe” (p. 8). Hartmann speculated that the underlying emotion was guilt, manipulating the content of the dreamer’s nightmares (1998).

What is the meaning behind nightmares?

In order to fully understand what the meaning behind nightmares are, chronic or not, it is best to first understand the perspective Gestalt therapy brings. Gestalt therapy is a humanistic existential form of psychotherapy that emphasises that a whole being is greater than some of its parts, exercising personal responsibility and focusing on the here and now (Clarke, 2020).

Gestalt therapy tries to help us integrate and accept parts of ourselves, albeit a personality trait, a personal experience or even an emotion, as being part and parcel of the whole.

In the Gestalt perspective, these parts of ourselves that we try to avoid, disregard and run away from, they are somehow become buried in our unconscious and resurface in our nightmares as disguised forms (Bulkeley, 2017).

To elaborate with a personal experience, approximately one week before this article was initiated, I dreamt of blowing up the bridge located in Kappara, just above the roundabout. The night before the nightmare happened, I had an argument with a particular person, during which feelings of anger and frustration were disregarded. I later realized that those emotions were not integrated and acknowledged as being part of the self and therefore traveled to my unconscious and manipulated my nightmare.

After all the research, and all that’s been said, I come to realize and perceive nightmares as representations of the struggles we face in our waking life. As I’m writing this article, I look at them as a “mirror”, a blurring reflection of certain unexpressed and unaccepted emotions, traumatic experiences, neglected thoughts and personal stresses we encounter in our lives.

Lyon Vella is a Psychology student at the University of Malta and a Volunteer within Willingness Team.