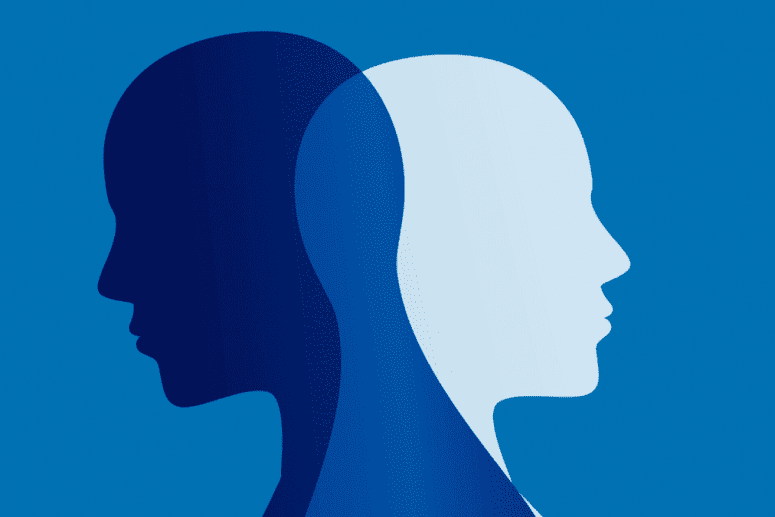 This client I’ve been working with for about a year now, decided to move to a new country two months ago. We continued working together and she recently came into the session with the realization that she doesn’t miss anyone she’s left behind – not her parents, not her closest friends, not her boyfriend. This all happened after a couple of consecutive situations in which she had felt hurt by these very people. She added, half-jokingly, half-concerned: “I guess this is an extreme case of ‘out of sight, out of mind’…”. We went on exploring this further, and the more she talked about them, the more she started missing them.

We tied this together with her experience of constant attitude shifts when it comes to her close relationships. For example, one minute her romantic relationship is great, she sees it getting more serious, them building a future together; the next – she is disappointed by their momentary lack of connection, it seems as though there never really was anything ‘real’ between them to begin with and she’s looking for a way out. As anyone who’s ever been in a long-term relationship probably knows, this ambivalence is a normal part of being close to a partner.

The problem with my client is that she can’t ‘handle’ this ambivalence and that, in the moments when she experiences it, she actually sees the ‘good’ partner disappearing and being replaced by the ‘bad’ partner. Her partner then isn’t a complex person that’s both ‘good’ and ‘bad’ – he is either just good or just bad.

To explain what’s happening here, I will rely on some general concepts from psychology and psychoanalysis. First, we must talk about object permanence, which is the understanding that objects continue to exist even when they cannot be sensed (seen, heard, touched, etc.). It’s one of the core concepts in developmental psychology and a normal part of human development that’s supposed to happen when an infant is about 7-8 months old.

This concept lends itself to the psychoanalytic Object relations theory in which its founder, Melanie Klein, applies it to interpersonal relationships when she talks about object constancy. We could maybe think of object constancy as the emotional equivalent of object permanence. (It’s worth mentioning that Piaget’s and Klein’s theories aren’t fully compatible, and that Klein’s theory has received quite a bit of criticism. However, some of the concepts she introduced into psychoanalysis were quite innovative and remain relevant to this day.)

Klein was interested in the psychology and analysis of children and their development. She described the difficult situation a newborn child is thrown into. Namely, a newborn doesn’t see the mother as a ‘whole’ object that exists separately from it, it only sees the mother as the breast that feeds it (or doesn’t feed it), that suddenly appears and disappears. When the mother is there and can satisfy the child’s needs, she is seen as ‘good’ – or what Klein would call ‘the good breast’. When the mother is absent or unable to meet its needs, it is ‘bad’ – ‘bad breast’. The developmental goal is to be able to put these two opposite representations together and form a ‘whole object’.

The Relationship with Mother

We would then be able to see our mother as a whole and imperfect being, accept the ambivalence that comes with this being, to be able to contain many conflicting emotions toward her without it threatening us – this would mean we’d reached object constancy. Getting to this point isn’t always easy, and some people don’t go through this phase all that successfully. These people develop a primitive defense mechanism called splitting – they ‘split’ the object and at times see it as entirely good, at times as entirely bad.

This helps simplify the anxiety provoking complex situations the world is made of and it helps them to, to an extent, avoid the ambivalence issue that would otherwise bring about intolerable dread. The original relationship with the mother, or whichever primary caregiver, then becomes a learned pattern in which we approach all other relationships. In the case of people who don’t reach the stage of object constancy, the object they’re relating to is an ever-changing one and, from one minute to the next, it’s either good or bad, they either love it or hate it.

If my client were to stay with the idea that her partner is ‘all good’ and if she were to turn him into an ‘all bad’ partner whenever he fails to meet her expectations, she would probably end the relationship and embark on a new search for that one Mr. Perfect, only to be disappointed once more. The goal in therapy with this client would be to come to grapple with her expectations from relationships, with her interpersonal pattern and with the hard truth that no relationship or people are all good or all bad. This would then allow for a more lasting and stable relationship and an overall better quality of life.