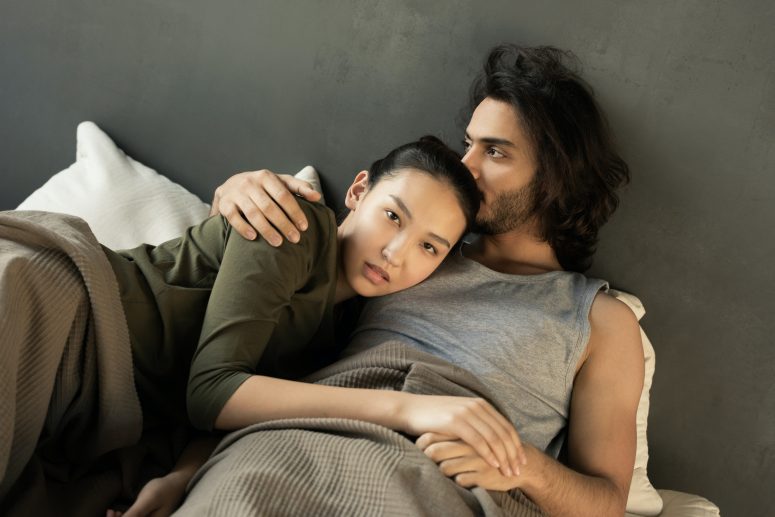 “The orgasm gap” is a phrase used to describe a difference in orgasm frequencies between the individuals in a sexual relationship – in other words, one person has more orgasms than the other.

Certain gendered trends can be observed when it comes to orgasm frequencies. For example, in a study (Frederick et al., 2018) involving heterosexual, homosexual and bisexual individuals, it was found that heterosexual women were least likely to report that they usually orgasmed during sexual activity (65%), closely followed by bisexual women (66%).

In comparison, 95% of heterosexual men reported usually having an orgasm during sexual encounters. Prevalence of regular orgasms was also quite high in gay men, bisexual men, and lesbian women (89%, 88% and 86%, respectively).

However, the proportion of heterosexual women who orgasm during sexual encounters used to be even lower. A 2005 study (Wade et al.) reported that only 39% of the women studied usually reached orgasm!

So, what’s going on with straight and bisexual women? Why is there such a disparity in the numbers?

To name another contributing factor to the orgasm gap, many people have been traditionally conditioned to believe (whether through cultural, religious, or societal influences) that sex is something that a man does to a woman. This can make the woman feel (perhaps unconsciously) as though she is not supposed to get as much enjoyment out of it as he does. Perhaps she even feels she deserves it less. Additionally, this stereotype excludes those who are attracted to other genders. Therefore, it is time that we move past these notions and understand that all partners in a sexual relationship are equally entitled to pleasure and autonomy.

How can we bridge the gap? Well, research shows that women who are more assertive in bed experience orgasms far more frequently, and experience more sexual satisfaction to boot. So, women, tell them what you want, what you don’t want, what they could do more of, or less of – the more communication the better. Women have been taught that they should not be assertive in bed, but nothing could be further from the truth and we all need to unlearn this idea. Remember, when people engage in consensual sexual activity, that everyone deserves pleasure. And don’t be shy about reminding your partner(s) of that! In the end, you’ll feel all the better for it.

If you are seeking professional support on this issue, you can book an appointment here.

Eva O’Byrne is an intern with Willingness Team. She is currently completing a BA in Psychology at NUI Galway.