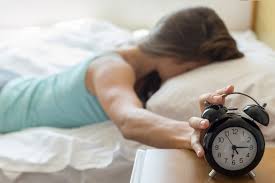 Fatigue is a feeling of being extremely tired, weak and generally feeling very exhausted. Fatigue does not have to be physical feelings of tiredness; it can also be experienced mentally or as a combination of both physical and mental. We all have experienced a sleepless night and some point in our lives and trying to function the next day feels like climbing Mount Everest. Every little task feels so much harder when we are tired, and this is also true for fatigue. When someone is experiencing fatigue, they may not be able to function at their best and this will impact on their day-to-day tasks

Symptoms of fatigue can vary from person to person, and the severity of symptoms can fluctuate from day to day. Signs and symptoms may include:

There are multiple physical and psychological causes of fatigue, however, some common triggers include:

Working with a therapist can help individuals discover and treat the cause of their fatigue.

What are the Differences Between Fatigue and Just Being Tired?

Feeling tired from time to time, is a normal part of life and usually short lived such as fatigue due to lack of sleep the night before. However, persistent and constant fatigue can become extremely problematic. Extreme fatigue can actually be very dangerous because individuals’ level of alertness are significantly impaired and this effects one’s ability to perform a verity of task, such as driving a car, operating machinery and making big decision (Harvey & Wessely, 2009). When fatigue lasts for months with no apparent cause, it becomes chronic fatigue syndrome (CFS), which is its own condition.

Individuals who experience chronic fatigue may experience several of the symptoms listed above such and have difficulty engaging in strenuous physical tasks or have muscle weakness. Chronic fatigue can make it difficult for people to complete simple day to day tasks or concentrate on one thing. As a result, they may find it harder to get through the day or productivity at work or in school significantly decreases. Tasks like preparing meals, maintaining personal hygiene, and social engagement may start to feel like extreme effort and their mental health can deteriorate (White, 2004).