4 tips on managing difficult thoughts during the 2020 festive season 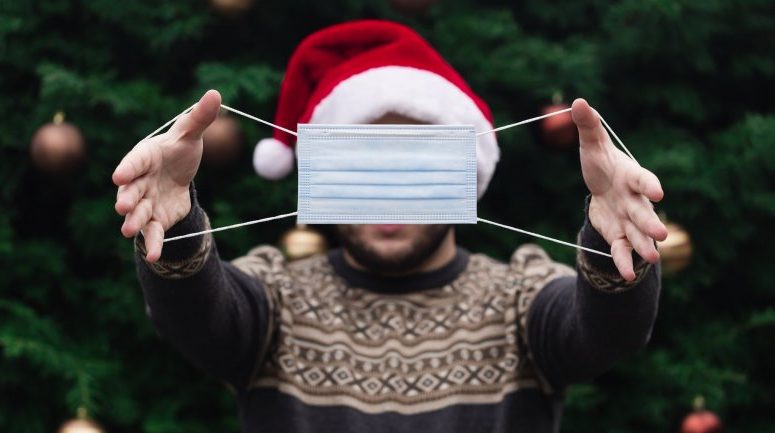 This festive season will present some difficult situations as we continue to understand what life during a pandemic is like. Here are 4 tips on managing difficult thoughts during the 2020 festive season.

A feeling is elicited from the way we perceive a situation, which then develops into a form of behaviour. This is called the Cognitive Model in which a Situation (S) arises, this then elicits a Thought (T) about the situation, which leads to a certain type of Feeling (F) which then further elicits a Behaviour (B).

To illustrate this point I will present an example: Sarah is worrying about meeting family members during the festive season as she is worried that she may somehow compromise their health.

(S) – Sarah cannot work from home due to the nature of her job, and gets invited over for dinner at her family’s house

(B) – Sarah experiences racing heartbeat, racing thoughts, easily irritable out at her loved ones, and spends increasingly more time distant from others.

This might make sense on a surface level, as most are not primed to understand the relationship between thoughts, feelings and behaviours. Upon further exploration of the anxious feeling, Sarah realises that due to the fact that she is worried that she might harm her family members despite the fact that she wants to spend the festive season with them. This dilemma may lead Sarah to believe that she is selfish  If she is selfish and inconsiderate then she believes she is not good enough.This led her to believe the thought “I am not a good enough person” (T).

Thus, the interpretation of the event led to Sarah thinking a negative thought about herself, led her to feel anxious which unfortunately then led her to experience negative circumstances such as explained above (B).

2. Catch cognitive distortions as they emerge

Sometimes as we process our thoughts, we corner ourselves cognitively in which we think negatively about ourselves. This presents itself as a coping mechanism in order to avoid anxiety provoking situations. I usually like to compare this to horse blinkers, this inhibits the horse from having a complete view of his reality. What is interesting is that this is done for the horse’s own safety, in order to keep the animal calm. This is similar to why we use metaphorical blinkers to keep us safe from situations which we perceive as threatening.

These are some examples of cognitive distortions:

All-or-Nothing Thinking: Individuals who apply this strategy tend to perceive situations in either of two categories. Things are black or white, with no shades of grey – “I have to do an excellent job otherwise i’m a failure.”

Labeling:  You put a globally negative label on yourself which is not based on evidence such as – “I’m a failure for making a mistake.”

Selective abstraction: Is a mechanism in where one directs their attention only to the negative aspects of situations instead of considering the entire experience – “I made so many mistakes.”

Overgeneralization:  One draws a general conclusion on the basis of a small amount of evidence – “I do everything wrong.”

Mind Reading:  You are sure you know what others are thinking, these are usually based on assumptions which tend to be unfounded such as –  “They probably think I’m foolish.”

Magnification and Minimization: You magnify the negatives or minimize the positives. “I’m no good at figuring out what to do.” “It doesn’t matter than I have good common sense.”

I am by no means trying to imply that by using these cognitive distortions individuals have some sort of ‘thinking error’. These are simply patterns of thinking which have been learnt and if one understands that it is a cognitive distortion then one has the potential to alter the thought to one which represents the individual’s reality.

3. Understanding the root of negative thoughts.

So what could be an alternative thought to “I am not a good enough person”?

This removes the selfish concept which Sarah initially thought about and provides a real and honest understanding of the particular situation at hand. This thought is quite different to the initial thought which seemed to be a distorted thought based on flaky evidence.

A tool to help alleviate rumination is known as though stopping. Thought stopping is a technique in which one catches oneself whilst experiencing a negative thought and tries to alter the thought using the techniques mentioned in previous points.

When one experiences a negative thought, try and