Too good to be true? The negative side effect of online dating 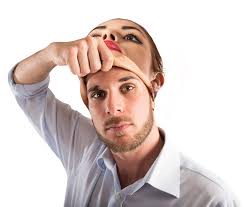 As social human beings we crave intimate and close relationships (Popovic, 2004). The feeling of being loved, cared for and comforted is the reason why people go to great lengths to find someone they have a deep connection with. Advances in technology and the increased use of online dating platforms such as Tinder, Plenty of Fish and E-harmony have provided those seeking love, alternative means to traditional dating ways of finding love.  Although beneficial to those who may be shy, insecure, unsure about their sexuality, socially awkward or suffer from a mental or physical health that inhibits them from being their true self, online dating has been shown to have a negative side effect.

Catfishing is the act of creating fake online personas with the intention of deceiving an individual for personal gains (Derzakarian, 2017) and first appeared in mainstream media in 2010. Catfishing is most commonly found amongst individuals pursuing a romantic relationship. The term was coined in a documentary called Catfish, which followed the story of a man called Nev and his quest to find the woman whom he believed to be in an online romantic relationship with. We soon see that Nev has been a victim of Catfishing. Nev has been deceived and made to believe he is an online relationship with a young attractive woman when in fact he is in a relationship with a married woman with two children.

This documentary sparked the beginning of Catfish: the TV show. The show, currently in its 7th season, follows the lives of romantic hopefuls searching to find out who they have been communicating with online. The show determines whether the Catfisher is being there authentic self or portraying a persona online (Lovelock, 2017).

There are certain warning signs that may suggest that the person you think you are talking to online may not be who they say they are. These include not speaking or video chatting on the phone, he/she is constantly coming up with excuses of why they cannot meet in person, he/she comes up with extreme stories about their life and use personal tragedies as a way of keeping the individual interested or to keep them at a distance until they can think of something else to avoid meeting in person. People often look past these red flags because of their desire and willingness to one day meet the person they feel in love with online.

When an individual finds out that they have been catfished it can leave them with a wide variety of emotions and feelings.  They can often feel that they have been intentionally deceived, they lose trust when they learn the truth, feel they have been taken advantage of, lied to, mislead and suffer from emotional distress due to the deceptive nature of the relationship (Obiakor & Algozzine, 2013).

Although the growth in technology and social media has made it easier for people from all over the world to connect to one another it also means it has become easier to conceal one’s true identity online. It’s safe to say that as social media and technology have advanced so too has the elaborate schemes that Catfishers have created. Despite the increase in awareness of catfishing, it remains as much a phenomenon to this day. Online dating can create a sense of mystery however on the other hand, it can create doubt and can leave you wondering, who am I REALLY talking to online?

Alicia is a Masters Graduate from Ireland and is currently on an internship at Willingness Hub. She has an interest in child and adolescent mental health and how it affects the family as a whole.