I can’t seem to connect with others 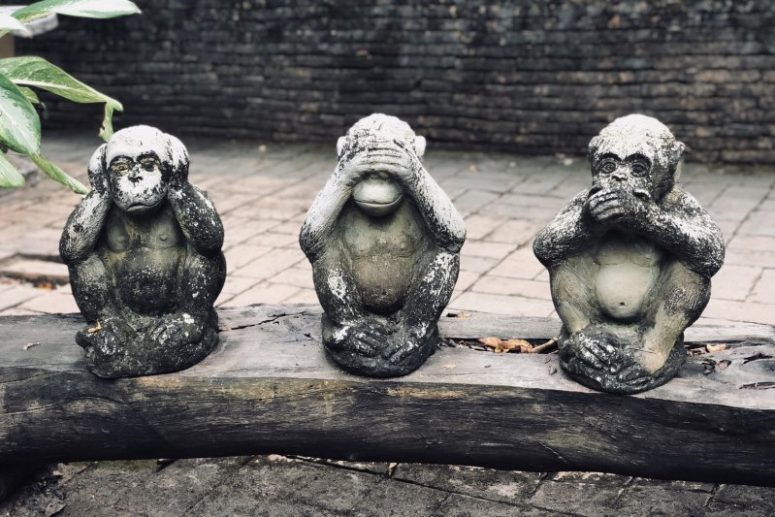 I had a client I was working with for 2 years. He had come to me after already trying to work with two other therapists. During the first year, he’d come to the sessions regularly, and he would always leave feeling confused and dissatisfied, but not understanding why. I had tried everything, and I I was truly doing the best I could at the time (he was my second client). It was his persistence in wanting to keep working with me reassured me and made me believe in the process more.

After a while, I began noticing that, whenever I’d ask him a direct question that he may find threatening for one reason or another, he would run away from it by adding a funny remark, saying the problem doesn’t really matter, changing the subject, zoning out, etc.

He seemed to be very skillful in sabotaging himself while trying to satisfy his needs.

This would be a case example of what we in gestalt therapy theory would call deflection. Deflection is the process of active avoidance of awareness. It’s manifested when someone is being very evasive or indirect with what they’re trying to say, or they just don’t accept something that’s coming from their surroundings. These people may even already be aware that things other people say or do don’t ‘reach’ them, but they do not know why or what could be done about it.

The people who use this mechanism, don’t really use their energy in the way that would allow for a satisfying or nurturing contact with others. They can’t accept criticism, but also can’t accept praise, recognition or love. They try to interact and connect with others, but rarely successfully. Their actions don’t seem to lead to their desired outcomes.

Instead of voicing their opinions or feelings in a direct and clear way, they choose to beat around the bush, they use abstract language, and they avoid any direct contact (including eye contact). Someone who’s prone to using deflection often says: “Yes, but…”, they don’t answer questions or they change the subject abruptly, they speak in vague and general terms, they talk a lot without saying much… They would often times rather talk about others than talk to others. For example, if one romantic partner asks “Do you love me?”, their deflecting partner would respond with something along the lines of: “What do you mean by love?”

Why does this happen and what can be done about it?

Deflection is one form of creative adjustment*. It’s there for a reason and it was useful to Mark at some point in his life.

After giving it a name, and after he truly became aware of it, we started working on it.

What we first did was trace it back to it’s origin – when did this start, and how was it useful for you then? By doing this, we give it meaning, and we see the value it has for his life and ‘survival’.

Next, we start examining it more closely. On one hand, it’s great that he has so many strategies to avoid what hurts, it’s great that he can make himself and others laugh (and he does that for a living). But, it’s not great that he can’t seem to keep a partner because they say he’s emotionally distant and cold. We see it’s a huge capacity, but only if we use it when we really consciously want to.

I would ‘catch’ him when he would try to ‘deflect’ and I would point out the topics he would try to run away from. He had to learn to be patient with himself, and I tried to model that patience for him.

And that’s what’s healing for people who learned to interact with people this way. The sheer experience of someone’s undivided attention, of someone’s persistence in being there with them and for them, of them finally getting some space for themselves where, after a lot of patience and work, and with a few bumps in the road, they can learn to relax in the presence of others, to rely on them and truly meet them, leaving the contact satisfied.

*Creative adjustment is the way we learned to survive in the circumstances (family, society etc.) we grew up in. It was useful to us then, and so it sometimes becomes a rigid pattern that we keep throughout our lives