Can I come out more than once? 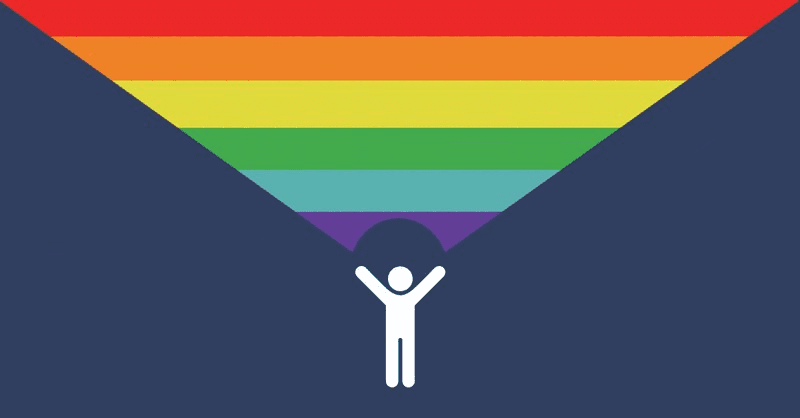 Coming out as a member of the Lesbian, Gay, Bi, Trans, Queer or Intersex spectrum is a continuous process throughout one’s life. We usually associate ‘coming out’ as a one-time event, usually when someone starts becoming open about their sexuality with the world. However, this process is quite repetitive – there’s coming out to one’s family, to one’s friends, to one’s co-workers, and so on. We’re constantly meeting new people, and while others start to wonder whether to share their fascination with Game of Thrones or Harry Potter, other people start to question whether it could be safe to disclose their sexuality in this situation.

This particular scenario is called the awareness phase – when the person begins to feel the need to disclose their sexuality, but they start to wonder whether that could be a good idea. For example, a common question when trying to get to know someone is asking them if they’re in a relationship. It’s easy to say “yes I am” while trying to avoid gendered language, but the other person would usually assume that you are in a heterosexual relationship, which would then leave you in the dilemma whether to correct them or not. Various questions may arise: is it safe to disclose, will disclosing make that person uncomfortable, could this person hurt me with this information… no matter how self-confident one may feel in their sexuality, these questions may still arise.

After the awareness phase comes the assessment. This phase becomes a rigorous process of truly evaluating whether it would be wise to disclose or not. The person would observe to see the language that this other person uses (for example, does the co-worker use homophobic slurs?). Another question which arises is, how badly do I want this person to know? Do my co-workers need to know that I’m gay? What if they ask to see photos of my partner? Do my colleagues need to know I’m trans? But what if I haven’t changed my documents to reflect my gender identity and name, or what if they are with me when someone calls me by my previous name?

Finally, after these 2 rigorous processes, we arrive at the decision – whether to do it or not. Regardless of the decision, the important thing is that a person feels empowered to either disclose or not to disclose.

If we keep in mind this entire process, and the frequency of it, and how sometimes we need to evaluate safety on the spot, then it’s hardly surprising that people in the LGBTQI+ community are three times at risk of mental health issues. This is because the entire cycle can cause a lot of stress, doubt, and loneliness within the person.