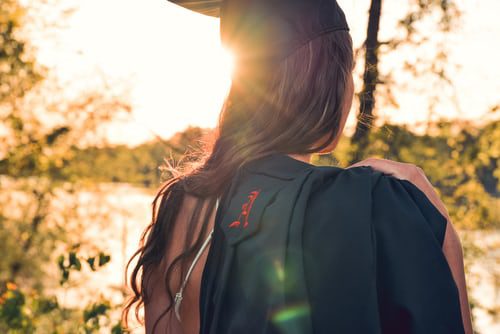 The concept of dating an educated or even a more successful woman can lead men to have complete opposite viewpoints on the subject. The way they feel about it tends to vary; do they find it attractive or unattractive? So, attempting to answer this question is what this blog is aimed for. However, ultimately, it will be up to you to answer the question.

To start off the argument, a study carried out by three universities, the University of Buffalo, California Lutheran University, and the University of Texas, found that men do find it intimidating to date an intelligent woman. When asked in theory about the idea of dating an educated woman, men did tend to say that they would go for it. However, when given real life scenarios of themselves interacting with educated women, they did end up choosing not to date them. This was brought on due to their feelings of being intimated. This sense of intimidation comes about from the passed down social gender norms.

These norms have constantly stressed that men should be the breadwinners of the family. By being told to be the breadwinners, they feel the need to be the ones to earn more. Consequently, not being able to fulfil this expectation can bring about stress on men and also be damaging for their self-esteem. They might even experience feelings of shame because they don’t meet societies expectation of them. However, it’s important to note that this viewpoint isn’t true for all men.

On the other hand, men are now realising that there is more to women than just their appearance. In fact, the author of Marry Smart: The Intelligent Woman’s Guide to True Love, Christine Whelan also carried out her own research. The results she found disagreed completely with what was found above. Instead, she found that 71% of men stated that an educated woman or one with a successful career is actually more desirable for them. To prove this, she also found that 89% of high achieving men would like to marry, or have already married, a woman who is more intelligent than them. This is because some men feel that being with an educated woman means she would earn a better income for both of them to live a better life. This opposite view possibly came about due to societies shift in attitude towards relationships. Especially since cultural norms are changing on a daily basis.

Besides this research, there are a lot more studies related to this topic. In the end, what can be concluded is that if a couple holds a more traditional outlook on life, then their view is that women are needed for child bearing and men for being breadwinners. Thus, it would lead men to feel intimidated. However, as women become more educated, the social gender norms are beginning to change. This leads to there being more modern views which disagree with the traditional views.

Ultimately, the question boils down to you and your own perspective on the topic to decide whether men are actually intimated by educated women or not.