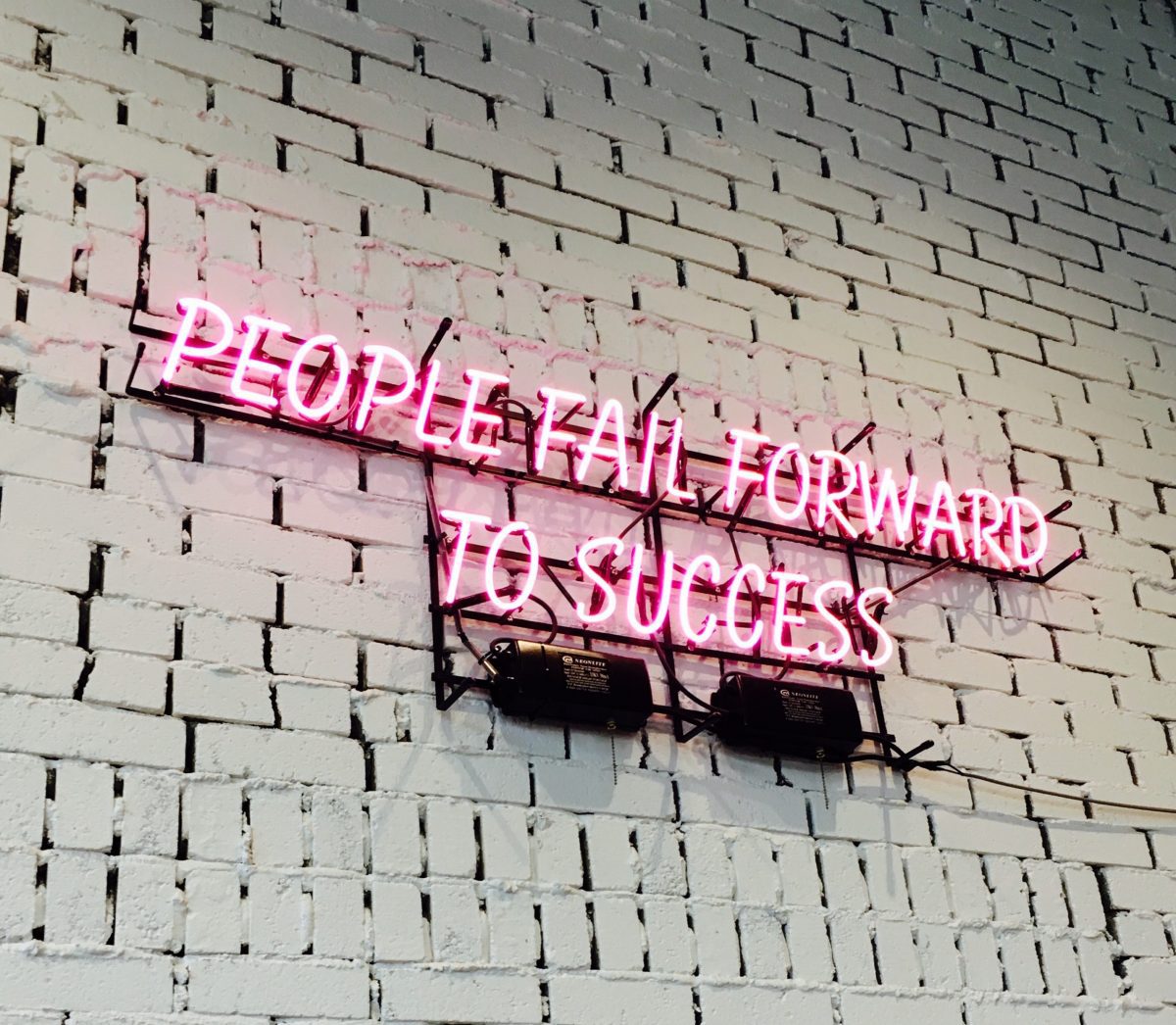 It’s one of those universal signs which many dislike and avoid, some even go to the extremes of avoiding failure throughout their whole existence. Why would such a symbol create so much angst, sadness and shame? We are geared from a very young age to avoid failure, as it represents something negative. However, why do so many influential and successful individuals encourage the act of failing?

Making some mistakes will lead to the unsuccessful attempt in achieving a goal, this will then educate the individual of how to improve the engagement of the task. This way of thinking is in direct conflict with the perception that failure is an issue that should be avoided at all costs. So why do individual’s try to avoid failure? Rather than focusing on the actual activity such as –  not managing to get the technique right when learning a new skill. The individual focuses solely on the fact that he did not achieve the targets. Which in turn means that something within the individual is ‘lesser than’ another individual. The ego and self-esteem of the individual are affected which can leave individuals feeling insecure and uneasy about taking on new challenges or activities.

When one focuses on what one can control, this helps the individual focus on something which is tangible and is attributed to one’s skills which can be worked on to better oneself. As opposed to when someone focuses on something that they can’t control. An example could look like this; trying one’s best in a job interview in order to present the best version of themselves as opposed to thinking that one has to get chosen for a job otherwise it would mean that the individual is ‘not good enough’ or ‘a failure’.

It is also important to take a look at the expectations which an individual has in relation to one’s goals. Such as, I can only expect to try my best trying a new activity, as opposed to expecting to excel at any new activity. This change in perception helps the individual by decreasing the expectations, and thus decreases the chances that the individual will persecute oneself psychologically if one does not excel in a particular activity.