Feeling suicidal during the festive season 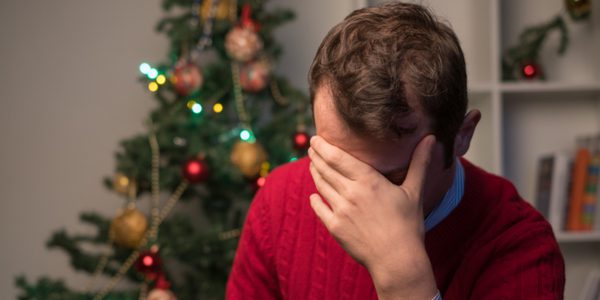 Suicide is one of the leading causes of death around the world and is common among people of all ages. It is estimated by the World Health Organisation that in a year, around 800,000 people die by suicide, amounting to about one person every 40 seconds. The rate of suicide in Malta is quite low when compared to other countries in Europe, however, an increase has been observed in the past 10 years or so. In Malta, the topic of suicide is also quite a taboo topic.

Suicide can be described as a self-inflicted fatal injury, which is accompanied by the intention of ending one’s own life. More males than females tend to commit more successful suicides, and this is because males tend to choose methods which are more violent in nature, such as gunshots or hanging, whilst women tend to choose less extreme methods.

For those who are struggling with suicidal thoughts, the festive season can prove to be a challenging time. In the midst of sadness and hopelessness, one is surrounded by cheer, decorations, colours and lights. Depending on the situation of the person experiencing suicidal thoughts, the festive season can either worsen their feelings and symptoms, or instil hope.

As discovered by researchers who investigated suicide rates around Christmas time, the weeks leading up to Christmas and the week after seem to provide the suicidal individual with a protective shield. The increase in social meet ups and festive gatherings helps one to feel connected to others, and instils a sense of hope, joy, and the promise of something better. Their feelings of despair may be, for some time, lessened. The familial responsibilities that might come around at Christmas time might also lead one to reconsider a suicidal attempt around this time.

However, the studies showed that in the period of the New Year celebrations, when the Christmas hype starts to subside, there is a rise in death by suicide. The positive feelings built up around the time of the Christmas spirit and the increased social interaction, might now give way to feelings of false hope, loneliness and feeling empty. There is also the heavy thought of having to go through another year battling their struggles daily.


On the other hand, people who are already experiencing loneliness or financial constraint, may suffer more during this time of festivities. People who may have experienced a recent loss or separation from a loved one might also be more prone to feeling depressed at this time.

In actual fact, the highest season for suicides is late spring to early summer, as opposed to popular belief that the highest peak for suicide is winter time.

If you know of a person who is suicidal around this time of year:
– Do stay in contact after the festive season to reduce the likelihood of that person feeling
isolated

– Ask them how they are feeling and getting on after all the festive hype. Do not be afraid to
ask them directly if they are still having suicidal thoughts.

– Do encourage that person to seek professional help.