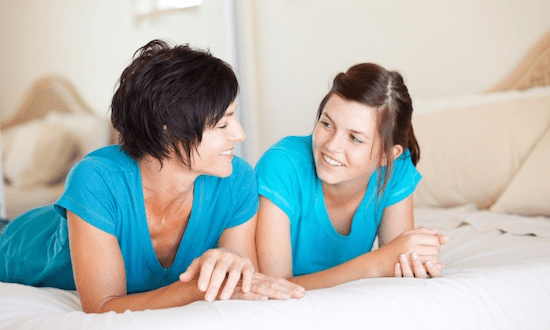 In the previous blog we started to discuss how to start a conversation about sex, sexuality, and gender with children and teenagers. In this blog, we will continue to explore more openings and conversation starters.

When it comes to teens, and pre-teens, there is no better way to get their attention than being aware of pop culture. Keep track of what is going on in the world, and in their favourite shows! A few years back, when Caitlyn Jenner came out as trans, the news broke the internet. Such opportunities are great to start a conversation on gender and identity. Ask them about their favourite shows and characters, ask them if there is LGBTQ representation in these shows, ask them how their favourite characters deal with teenage pregnancies, drug misuse, rape… not only are you showing them that you’re there to listen and discuss with them, but you’re also better aware of what they might think they know.

Another way of showing your child that you’re willing to speak with them in an non-judgemental manner is by being aware of the language used. Don’t use gender-specific language when asking them if they or their friends like someone, so instead of saying “do you like a girl/boy”, ask them if there’s anyone they might be interested in. When a child is questioning their gender or sexuality, they are looking for hints in your language that will prove to them that you won’t love them anymore if they are anything other than straight.

And finally, use your own experience! You’re the adult, and you have had various experiences you can teach your child from. Think about what sort of relationship you wanted to have with your parents with regards to conversations on sex and gender. What was right in that relationship, and what was wrong or disappointing? Be open with your child – did you ever question your sexuality or gender identity? (if you did, and you then realised that you are straight, it does not mean that anyone who questions will then realise that they are straight, rather, you can empathise and understand that your child is confused and curious. Show them that you too were curious and confused and that you will love them no matter what their identity is).