How do I tell my boyfriend that I’m trans? 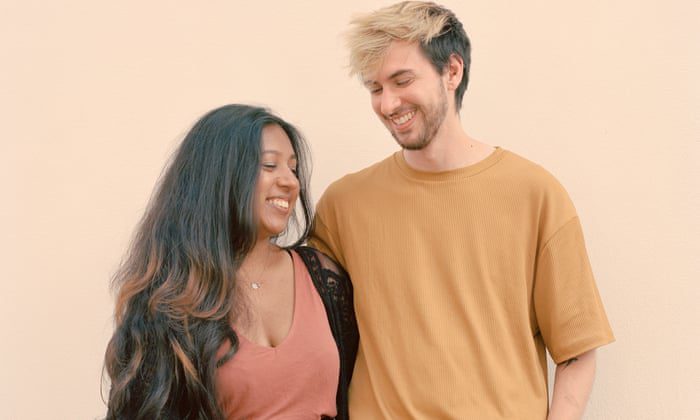 Coming out as trans to your boyfriend can be very difficult. You might be worried that he won’t look at you in the same way anymore; he’ll feel uncomfortable with the fact that you weren’t born a woman/man, or perhaps worried that this will affect your attraction towards him. It’s important to note that being transgender is a gender identity and this is different from sexual orientation, which determines who you’re attracted to (American Psychological Association, 2014). This means, you can be trans and gay, trans and straight, trans and bisexual, or any other combination of gender identity and sexual orientation. One does not transition from male to female (or vice versa) for the purpose to be in a heterosexual/straight relationship. One transitions or identifies as a different gender because that is how they feel, which is separate from what they feel towards other people in terms of sexual attraction.

Although it can be hard for your boyfriend to come to terms with this transition, it is important that you remain true to who you are. Aside from perhaps constantly feeling that you’re hiding something, you have also come a long way and overcome many obstacles to be who you are today, and it’s important that you honour that journey and put yourself first. Of course, this does not mean that you do not consider your partner’s emotions when telling him the news. It may be a reality that the relationship ends and we have to respect our partner’s decision.

So, how can you come out as trans to your boyfriend?

Coming out as trans might seem like big news at first, and you have to acknowledge that it might not be something easy for your boyfriend to come to terms with. However, the idea of a fluid gender is becoming more prevalent within our culture, and people are becoming more aware of the fact that humans fall in love with persons and not necessarily genders.

A common fear is that when a drastic change happens, more changes will come along as a result. Your boyfriend might be worried that something has sparked a change in you. There’s also misconceptions about sexual orientation and gender identity, where many people still confuse the two. Reassure your boyfriend that you wanted to be honest with him and that you had already been trans when you fell in love with him, so communicating this part of yourself does not mean that your love for him has changed.

It’s easy to start babbling when you’re nervous, and that might shift your tone of voice and make you sound different than how you intended. Try to be aware of this and make an effort to be as coherent as possible.

It might seem unfair to you that you have experienced/are experiencing the transition and all the obstacles that come with it while still having to make an effort to withstand other people’s difficulty accepting who you are. You might ask yourself, “Why should I make an effort when I’m the one who has gone/am going through this transition?” The truth is that people form an idea of something around them and people are not that good at accepting change. So, people around you have probably formed an idea of you and when that idea is challenged, they experience difficulty trying to let go of that old idea and make sense of the new one.

Show your boyfriend that you are willing to answer any questions he might have, particularly if they are about your relationship.

Yes, it can be scary but do not let more time pass as this will only make it harder for your boyfriend to trust you. Moreover, it will only increase your guilt feelings and putting yourself out there decreases the weight from your shoulders.

Luanne Grima is a psychology graduate who works as a Childminder and Volunteer with Willingness. Luanne also forms part of the psycho-sexual education team at Sex Clinic Malta

Crummy, C., 2020. ‘I wanted to be supportive but I was terrified of losing her’: What happens when your partner comes out as trans?. The Guardian, Available at: <https://www.theguardian.com/society/2020/sep/19/what-happens-when-your-partner-comes-out-as-trans>

Newman, T., 2016. How to tell your partner you’re transgender. Huffpost, Available at: <https://www.huffpost.com/entry/how-to-tell-your-partner-youre-transgender_b_3288750>