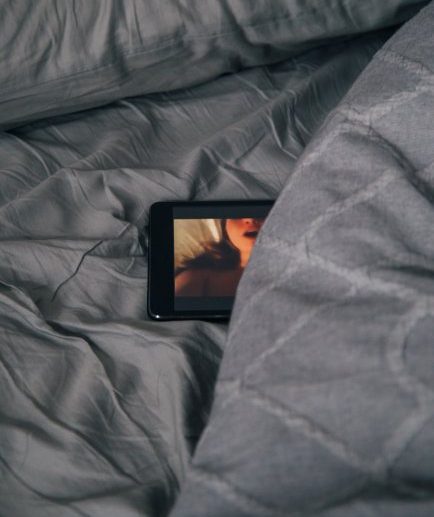 It is well known that unlimited pornographic videos are easily available 24h a day and completely free. They can be watched via laptops, tablets and phones at any moment in any place. Evidence suggests that the abuse of watching pornography could provoke erectile dysfunction. In the following blog I will explain why this could happen and the evidence behind it.

Researchers discovered that excessive exposure to pornographic videos reduced responsiveness and increased the need for more intense content to become aroused. Pornography content is a supernormal stimulus which is not real and watching that exaggerated imitation had an impact on our brains. Few studies on men with sexual performance problems showed that there exists a preference on viewing pornography to maintain sexual arousal rather than having sex with a partner. In fact, some of the pornography consumers admitted that they are viewing content that before they would have considered as disgusting to get sexually aroused.

On the other hand, let’s talk about the age. Erectile Dysfunction (ED), affects up to almost 50% of men between 60 and 70 years old. What might surprise you is that nearly six out of 10 of 3962 visitors seeking help on the prominent “MedHelp. org ED Forum”, were younger than 25. A 2015 study reported that high school seniors who watch porn once a week had less sexual desire compared with non-consumers. What is more, a 2014 study was made through functional magnetic resonance on men of around 25 years old to find sexual addiction in their brains. In that study, 11 of the 19 pornography consumers, were attributed erectile dysfunction due to excessive use of internet pornography.

Another study that demonstrating the impact of pornography  removed pornographic content from patients who were experiencing sexual disease (Brooner & Ben Zion, 2014). After 8 months of that deprivation, the patients reported experiencing successful orgasm and good sexual relations. In addition, frequency of pornography use was the second strongest predictor of poor marital quality in 2012.

Internet pornography could have the greatest potential for addiction, according to a one-year longitudinal analysis of internet applications, with internet gaming coming in second place.

To sum up, all the mentioned evidence puts forward that erectile dysfunction and other sexual diseases can be caused by the abuse of viewing pornography. Our brain is being affected when watching that type of content and that could even turn into problematic use.