I hate his son 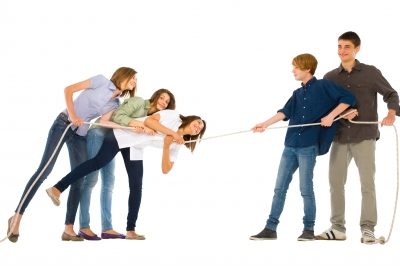 In the United States, stepfamilies are becoming more common than the biological family. This generally would entail that the new addition to the family has to start integrating into a system which has been already in place for a number of years. Experiences for both the stepparents and the stepchildren will differ depending on various issues – the separation of the biological parents (was it civil, was it turbulent); how long the parents have been separated; age of stepchildren; and contact between the stepchildren and stepparents prior to them moving in together.

Research has shown that while stepfathers are generally accepted, stepmothers are vilified and seen to be horrible people. It surely doesn’t help that in the media, especially in movies made for children (ex. Disney movies), stepmothers are shown to be cruel villains out to hurt their stepchildren.

But it’s not just Disney movies which are to blame. Research suggests that the entire family dynamic is to blame. Children will generally model their biological mother’s behaviour, so if their mother treats this new addition to the family as someone cruel, who is at fault for the end of her own relationship, then the children will mirror this with their stepmother. Further, grandparents will generally support the biological parents, in order to not lose access and visitation rights if they show support for the stepmother.

This leaves the stepmother isolated, and without support, while still trying to put on a brave face to keep trying to make this situation work – particularly if the children are minors and so still have to live at home. However, it gets very tiring and frustrating to live with someone who can be cruel and rude towards you, and you feel that you cannot make a big deal out of it because you do not want to hurt or bother your new partner. After all, you’re in love with their dad, but their behaviour makes it hard for you to feel close to them at all. This can result in the stepmother feeling emotions related to hatred towards the stepchildren.