Returning to Work after Maternity Leave Part 1 of 2: Common Fears and Misconceptions 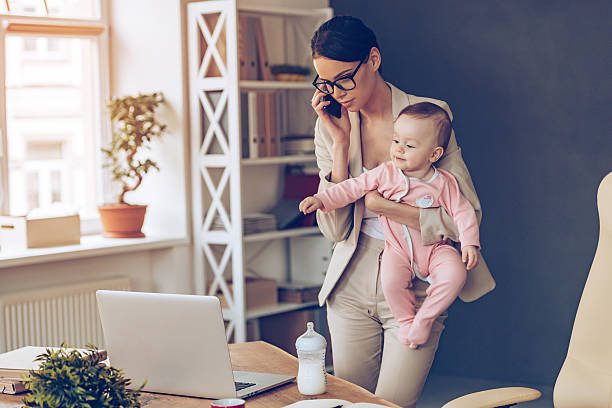 Maternity leave and any other leave needed for care after the birth or adoption of a child, is often wrongly viewed as time off from work. Many expectant mothers are told “lucky you, you’re taking some time off work! Enjoy!” Although many times this is well intentioned and aims to encourage the mother to enjoy her time with her child, this comment can cause mixed emotions as this implies that she is taking a vacation, which many of us can confirm is totally not the case. Parents will tell you that although they appreciate the opportunity and privilege of taking time away from their paid job to raise an infant, it is not only not a vacation, but is indeed one of the most diffi­cult jobs.

When she is nearing the end of her leave, the mother may be feeling anxious about being away for a considerable amount of time and being out of the loop from what is going on at work.  She also has to keep in mind how her absence would have impacted colleagues and other people she worked with.

When the mother returns to the workplace she may also feel a lack of con­fidence. She may worry that her colleagues might see her as being less productive because of her new responsibilities at home. It is very important to remember that she feels this internal dilemma of balancing home and work needs. Her desire to be a good mother might be competing with her wish to regain her status as a valued professional. Some mothers might feel they are under extra scrutiny once again, believing that they need to rebuild their reputation with their colleagues and employer as their situation has changed, and they are now working mothers.

There is a general misconception that working mothers only have their children on their minds, and have difficulty separating their work life from their home life. However, from a study conducted by Kmec (2011) it was found that working mothers work as hard as, and sometimes more than, men and women without children. Therefore, a woman’s commitment to the organization she works in is unrelated to her status as a mother (Kmec, 2011).

Another misconception is that new mothers will not be at the of­fice as much as they used to be, and so they will no longer be as committed to their work. However, quantity of work does not translate into quality of work. Just because a new mother may not be in the workplace as much as she used to be, it does not mean that she will be less productive. Research shows that even though new mothers tend to work less than before they had children, they are still as productive in their jobs (Kmec, 2011). In fact, when a new mother has work responsibilities added to her home responsibilities, she becomes better able to multitask and manage her workload.

Therefore, rather than being seen as a gap in one’s career, maternity leave should be seen as a pause, and like many other career and life transitions, is a normal and healthy part of life.

Ann Julene Hili is a Career Guidance Practitioner with Willingness. She specializes in working with teens and young adults who are in their educational and career transitions. She can be contacted on annjulene@willingness.com.mt or call us on 79291817.