The relationship between parents and child-carers 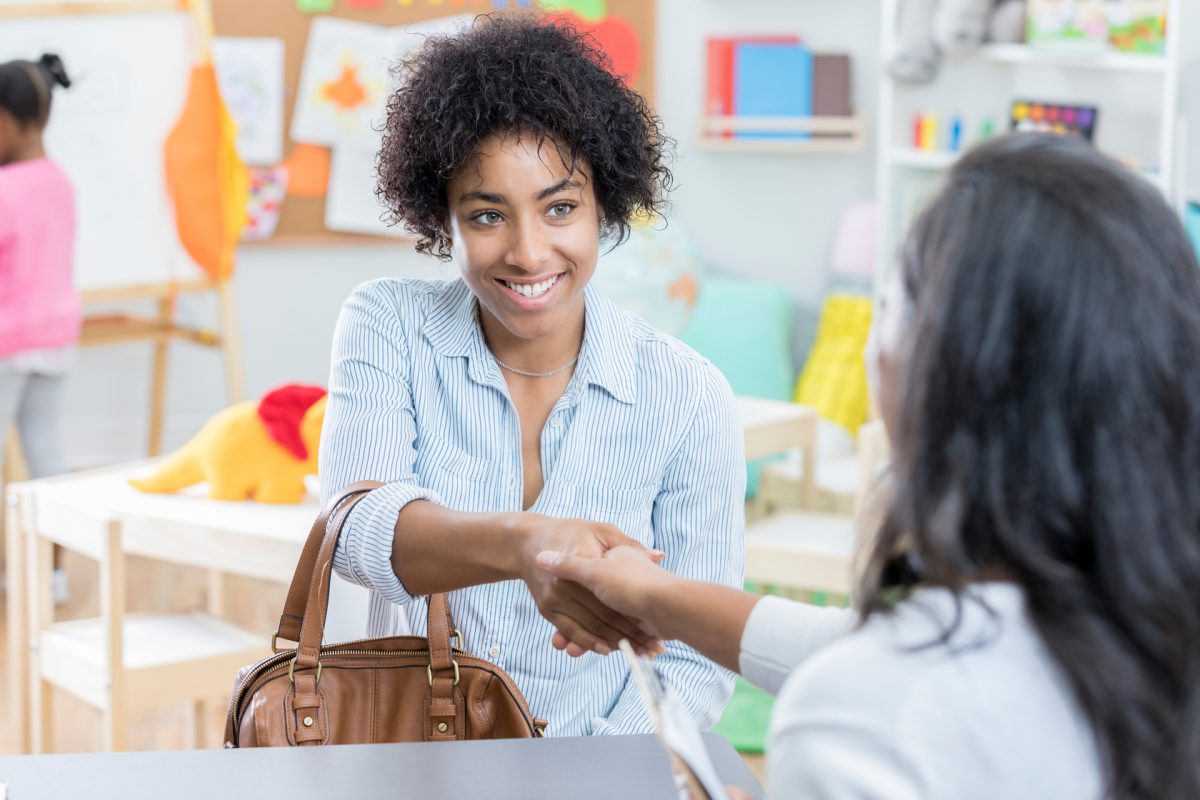 Jessica loves her work at the childcare centre, especially the creative aspect of finding new ways to engage the children in her care. One of the daily difficulties she faces is when Jamie’s father, one of the children who joined her group recently, drops off and picks up his son. The father appears stern and cold – speaking sharply with Jessica and always instructing ‘orders’ for tasks she would have done anyway… he instructs her to ensure that Jamie washes his hands before he eats, to take off his jacket if he is feeling warm, to make sure that he plays with the other children and that he eats and drinks enough water. Jessica feels insulted and demotivated at times, perceiving the father as arrogant and patronising.

Oliver is a very hectic business man, who barely has time to spend with his son, and so he makes it a point to drop him off himself at the childcare centre. Oliver and his wife have a number of priorities for their son: they value responsibility, respect, cleanliness and are afraid that their son doesn’t get a lot of opportunities to interact with other children of his age group. Oliver envies the way that Jamie runs into the childcare to embrace his carer and feels a pang of hurt whenever he receives the crafts and projects done by his son. He feels very self-conscious and believes that the teacher is judging him and his wife for leaving their son for such long hours at the centre.

This scenario shows the importance of early childhood educators having a good relationship with the parents of the children in their care.

Teachers can benefit from

knowing that they can rely on families

for support while families can benefit

from knowing that they can trust the

How can a positive relationship be fostered?

Parents and carers need to be able to establish a good working relationship from the beginning of the child’s admittance to the centre. Clear procedures, expectations, rules, values and targets need to be set and agreed upon.

Both parties need to be able to discuss any concerns with each other without fearing any repercussions. This can be gained by keeping in mind that the child’s well-being is always a priority, and nobody should have any hidden agenda.