What is gender dysphoria in children? 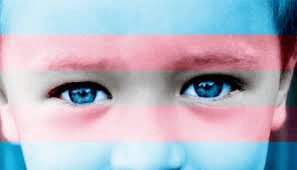 Gender dysphoria is extreme discomfort caused by a discrepancy between a person’s gender at birth (called assigned gender) and the gender they feel themselves to be (affirmed gender). Children with gender dysphoria experience great anguish and pain as a result of feeling “trapped” inside a body that does not match the gender that feels right to them. The severity of the suffering these children feel can lead to anxiety and depression, as well as a high risk of self-injury and suicide. This is particularly true if a child does not feel that they have the support of their family and loved ones.

Other individual children may stay gender neutral as children, showing no strong preference for things or roles associated with any particular gender.  But as they reach adolescence, they may express a strong dislike of their own sexual anatomy and a strong desire to have sex characteristics of their experienced gender. This may come as a complete surprise to their parents. It’s not gender dysphoria unless this causes them significant distress or impairment in important areas of functioning.

Young people who have experienced acute distress or discomfort as a result of their assigned gender or accompanying gender roles for at least six months may have gender dysphoria. To be diagnosed with the disorder, they must have “feelings of incongruence” between their assigned gender and their affirmed gender and a wish to be and be treated as the other gender. In addition, they must be distressed to the point of impaired ability to function at school, at home, or in social settings. In diagnosing gender dysphoria, a doctor will rule out a physical intersex or sexual development condition.

Gender dysphoria should not be taken lightly, nor should it be put down as a “phase”. Yes, children do experience phases, but by taking this feeling seriously, you would be showing your child that you are willing to support them, and that you love them unconditionally. Then if it is a phase, the feeling will pass by itself, but if it’s not a phase, at least you would have been doing your best to protect your child from the fear of being rejected by the people they love the most.