What Makes it so Difficult to Admit We’re Wrong? 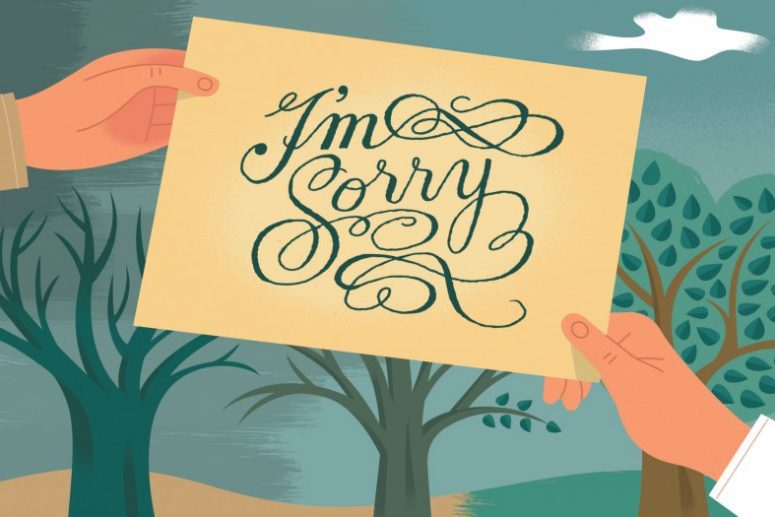 Although we try our best to do everything right, it is inevitable that at one point, we will turn out to be wrong. When this happens, we feel it like a kick in our gut. Our pride comes out and we do everything possible not to admit that we were wrong.

Having said that, self-pride isn’t always wrong. It can help push us forward during difficult situations and help build our self-confidence. Yet, there is a fine line between having healthy confidence or a stubborn ego. One way of being aware that you’ve landed on the wrong side of the fence is by refusing to admit when you’re wrong.

Sometimes, you may not even be aware that you’re wrong. You’re adamant that your way is the right way. When such a scenario happens, it’s impossible for you to admit that you’re wrong. For example, when you have a common argument with your mother who still believes that reading in dim light will damage your eyesight. You might very well know that this is a misconception, however, your mother will stick to it because she’s not aware that she’s wrong. However, there are other times, when you know you’re wrong but you refuse to admit it just to protect your ego. Kate Kaplan, a clinical psychologist in LA, spoke about how “admitting [that individuals] have made a mistake is too threatening to their sense of self … What people end up doing is over-compensating by denying fault and refusing ownership of their own mistakes, thereby protecting their self-image.”

There is actually a psychological term for us being defensive to protect our ego. This is known as ‘cognitive dissonance.’ This cognitive dissonance is our unconscious way to protect our ego. Rather than admitting that we’ve made a mistake, we defend our mistake and stick with it. This occurs because we feel that if we admit we were wrong, then it might show us as weak, lose others respect, aren’t smart, or even because it might hurt another person.

However, not admitting that we were wrong will mean that we aren’t letting ourselves grow. It can even be extremely frustrating for others like our family members and partners. In this way, we are not open to constructive criticism which is needed to better ourselves and our skills. The co-author of the book “Mistakes Were Made But Not by Me”, Carol Tavris, wrote that when

“we cling to old ways of doing things, even when new ways are better and healthier and smarter. We cling to self-defeating beliefs long past their shelf life and we make our partners, co-workers, parents and kids really, really mad at us.”

Thus, to be better, we need to apologise and admit when we are wrong. Through this, we are accepting this dissonance which may seem unpleasant but it would be overall better for ourselves. Additionally, by being able to admit when we are wrong, we become empathic, compassionate and good listeners for others. This will allow more meaningful conversations to occur on a frequent basis. This then develops both our personal and relationship growth. Ultimately, we are all flawed human beings who make mistakes.

Mandy Brincat is a Gestalt psychotherapist who enjoys working therapeutically with adults on various issues. These include general mental health and wellbeing. She also has experience working with anxiety, victims of domestic violence and eating disorders.