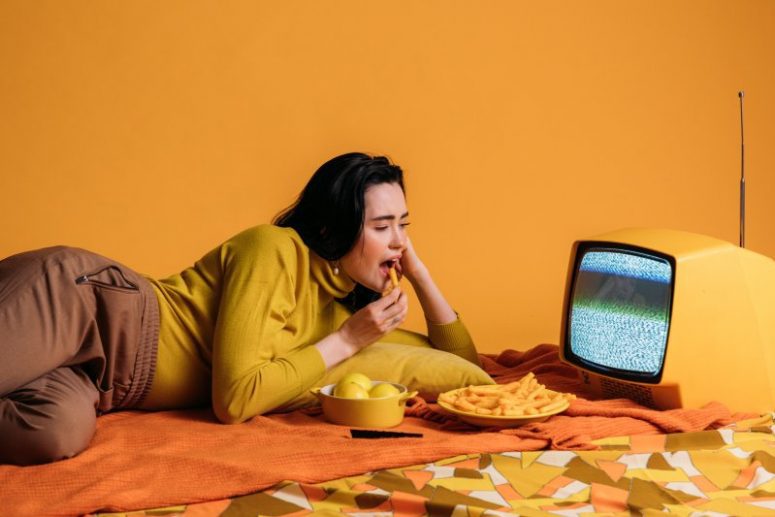 It may seem unrelated, but attention-deficit/hyperactivity disorder (ADHD) often co-occur with eating disorders and can be related to disordered eating behaviours. Recent studies have shown that ADHD symptoms have a direct relation to disordered eating such as binging, purging, restrictive eating and even picky eating in children.

ADHD is a complex brain disorder that affects the developmental impairment of the brain’s executive functions. People with ADHD have trouble with impulse control, focusing, and organisation.

But how can a brain disorder have an impact on someone’s eating behaviour? Let me explain the relationship between ADHD brain and food:

Impulsivity: Impulsivity is one of the predominant symptoms of ADHD. This  can be described as; acting without thinking. ADHDers can have difficulties with controlling a variety of behaviours because of this condition. Individiuals who have impulsivity with ADHD can find it difficult not to interrupt conversations, overshop when they are broke, or resist risky behaviours like getting into a fight or having unsafe sex.

Based on these examples, we can understand how impulsivity works and acknowledge how it can lead people to disordered eating. Impulsivity weakens the decision making and reasoning mechanism. This is happens by pushing individuals to take action according to this uncontrollable impulse. This is why ADHDers are more likely to make unhealthy eating choices. You can see how ‘an upgrade to a mega menu for 1€’ can trap people with ADHD easily!

Studies have shown that impulsivity is likely to contribute to abnormal eating behaviours, especially binge eating. Deficient inhibitory control, which manifests as poor planning and difficulties monitoring one’s behaviour effectively, could lead to over-consumption when not hungry associated with the relative absence of concern for daily caloric intake. A strong delay aversion could favour the tendency to binge on “fast food” with high caloric content in preference to homecooked meals with lower caloric content (which take longer to prepare).

Dopamine: Dopamine is a neurotransmitter that can affect one’s mood, attention, motivation, and movement. Dopamine regulates the brain’s reward system as its levels increasing in the brain when a person experiences something pleasurable, such as having sex or eating food.

ADHD brains have different levels of dopamine than non-ADHD brains. Because dopamine transporters can be lower in ADHD brains the reward deficiency syndrome is likely to occur. The reward deficiency syndrome is characterised by an insufficient dopamine-related natural reward that leads to the use of ‘unnatural’ immediate rewards, such as substance use, gambling, risk-taking, and, remarkably, inappropriate eating. Hence, people with ADHD are likely to use food as quick access to dopamine, just because they feel the need to reward themselves more often and food just happens to make us feel better!

Medication: ADHD medications can reduce individuals’ appetite and food intake. People with a loss of appetite can experience distorted thoughts of food and eating. People at a higher risk of distortion are mostly struggling with eating disorders such as anorexia nervosa or bulimia nervosa. Professionals often recommend that ADHDers change their medication if it affects their appetite.

Being aware that ADHD symptoms can interfere with many eating disorder (ED) symptoms, it is important to differentiate the causes. Moreover, by acknowledging these causes and finding the right treatment for individuals with ADHD, we can overcome the risk of disordered eating.

Kind reminder to fellow ADHDers, and whoever needs to hear this; although in literature it is misnamed and labelled as a disorder, people with ADHD are gifted with what this condition can bring . When we learn how to benefit from this condition, we can create wonders! So hug your remarkable ADHD brain, as you are unique!

Ela Jean Demir is a proud ADHDer, who holds a Bachelor degree in Psychology from the Izmir University of Economics in Turkey. She is currently doing her internship at Willingness.