‘Luzzu’: Corruption as The Catch of the Day? 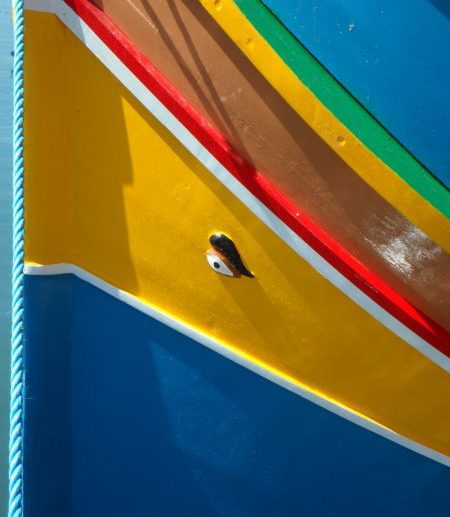 Last month I watched the Maltese film ‘Luzzu’. This film left quite an impact on me as I left the movie theatre feeling sad and despondent. The story follows a fisherman facing personal and financial difficulties. He has worked as a fisherman on his small luzzu as a way of life passed on from generation to generation, including the cultural context of friends and families who have known and worked together also across generations. He faces a shift in his life, where in order to survive he involves himself in the local black market. Here, he carries out actions which go against his moral values. He also observes how persons in a role of ensuring that laws and standards are being adhered to, are also involved in the black market and are corrupt individuals who put personal advancement before anything else. This aspect has pained me. When we observe this happening to the main character; who previously refused to work on large trawlers for the fact of how they impact the seabed ecosystem; become a person who goes against his morals and accepts that things are corrupt so as not to face even more losses.

This feeling of despondency can also be linked to the current situation in Malta. This is discussed in a European Union study (Kukutschka, 2021). In this study, 25% of respondents believe that most or all business executives are corrupt, 50% of respondents fear that there would be retaliation if they were to report corruption and 33% of the respondents admitted to using personal connections to get access to public services. The fact that such a high number of individuals feel comfortable using personal connections to gain access to one service or another, might also mean that individuals take matters of corruption or unethical actions more lightly and are more justified.

What challenges is the local context facing?

According to a report carried out by Transparency International, Malta faces challenges of integrity when it comes to ‘procurement irregularities, unresolved conflicts of interest among serving government ministers, and the revolving door between the island state’s close-knit political and business class. Malta is also the only country in the European Union to have an incumbent minister named in the Panama Papers revelations in 2016.’ (Rahman, 2017)

How does this affect members of society?

According to the National Anti-Fraud and Corruption Strategy (2021), some of the social ramifications of corruption would include:

What can the lay person do?

Based on the above-mentioned survey by Transparency International, another figure emerged: 77% of the respondent’s state that they believe that ordinary people can make a difference in the fight against corruption. This is quite encouraging, as it shows how individuals take more responsibility for their part in society and what they can do about any situation that goes against their moral values and beliefs. By speaking up and challenging what is happening, questioning and communicating thoughts and ideas, and creating better awareness and offering a voice for those individuals who may not be able to voice their opinion.