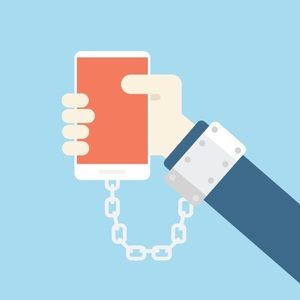 Checked your Facebook likes today and made sure that the “flames” are preserved with your Snapchat-BFF? Social media is omnipresent. It makes it possible for every person anywhere in the world to be present on the Internet – cost-effective, easily accessible, up-to-date, multimedia-based.

The difference between a “normal” and a “problematic” social media use lies in the eye of the beholder. As with all mental illnesses and non-substance dependencies, it is also important here to treat what is perceived as pathological.

Not every excessive consumption is a disease. Behavior only becomes a problem when it is perceived as a problem – be it from the person affected, from the partner or family, or when problems arise at work and in the management of everyday life. The crucial question is: Do I control my behavior or does it control me?

The demarcation between “real” social contacts and “virtual” friendships is not clear. Young users in particular make little difference here: for them, online-connected contacts are no less “real”. Nevertheless, psychology makes a distinction here: personal (offline) relationships are referred to as “strong ties”, cyber-friendships as “weak ties”. As network relationships tend to be less binding, important relationships are neglected – it’s easier to text than talk to someone in person.

In addition to the quality of relationships, however, quantity also plays a role: Social media enables friendships that are no longer manageable due to their abundance. This mass is also due to the fact that people are less oriented to fixed groups, as was previously the case in a village, but participate in a variety of networks.

Especially with children, a social media addiction is often homemade. On the one hand, children learn through the example of their parents: strict rules and limited screen time are not very effective when mom and dad constantly look at their smartphones themselves. In addition, it is often the parents; fear of traffic or strangers and increased regulations in public places which prohibits outdoor games that prevent children from playing outdoors and cause children to replace it with computers or tablets.

In general, the handling of the computer has not harmed a child yet. Damage always arises only through exclusivity. If a child has no other offline hobbies or friends, you should think about how your child may perceive your smartphone use.