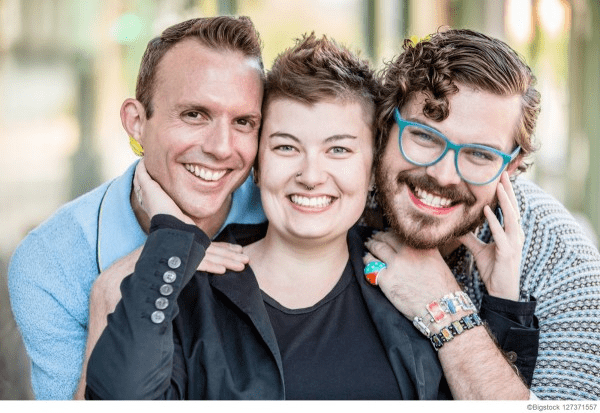 Polyamory is not something we see most of the time in society, either because there aren’t many polyamorous couples, or because of the stigma associated with being in a relationship which isn’t monogamous.

In this article I will debunk some myths associated with polyamory:

Everyone can experience sexual desire, even for people they are not in a relationship with. The difference is that in polyamorous relationships there is a sense of openness, where the people involved have a set of rules and boundaries associated with sexual and intimate relationships, particularly when these involve other people. Therefore, polyamory is not about more sex, but about the freedom to create more connections.

3. Polyamorous is for people who can’t commit

This is completely untrue. There is a lot of complexity which comes into a polyamorous relationship – and it involves a commitment towards every partner. Commit isn’t necessarily living together, one can still commit to their partner by being a source of support, or a source of intimacy.

There are various other myths associated with this form of relationship, however, it is only by questioning these myths that we can move towards a space of understanding. Even though polyamory might not be the desired form of relationship for someone, it does not mean that it is not a valid, and loving form of relating with others.


Mel McElhatton holds a degree in Social Work from the University of Malta. With Willingness, Mel does life coaching and is one of the facilitators in the IRL – In Real Life team. They are also the producer of the radio show Niddiskutu s-Sess. They can be contacted on mel@willingness.com.mt or call us on 79291817.