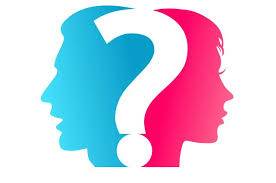 In the last blog we discussed a bit about what biological sex is, including the lesser known intersex. This time we’ll be focusing more on gender. Gender is commonly confused with sex, in the sense that, if someone is born and visually determined to be female (ex. Through the ownership of a vagina/lack of ownership of a penis), then it is also assumed that this female baby is a girl. And in the majority of the cases, this is correct. When someone’s anatomy corresponds with their gender, this is called being cisgender (in latin, cis means “on this side of” so cisgender would be “on this side of gender”).

However, there are some cases where this doesn’t apply – and that is mainly because gender is a more broad thing than we previously assumed. Gender is affected by 5 main things: our gender identity, our gender expression, our biological sex, and who we are sexually or romantically attracted to.

But what do these mean?

Gender Identity – this is the gender you understand yourself to have. Be it cisgender, transgender, non-binary, queer, genderqueer… the opportunities are endless, mainly because of the various other factors that come into play, including…

Gender Expression – This denotes how stereotypically female or male you present yourself to be. This is very strongly based on ones cultural norms. For example, in Malta, it is expected for females to have strong maternal instincts, and to like the colour pink. Boys in Malta are expected to be strong and love football. Therefore, if a cisgender female enjoys football and weightlifiting, she is considered to be more “masculine”, while if a boy dreams of raising his children himself, and be a stay-at-home dad, or if he loves the colour pink, then he is considered to be more “feminine”.

On the other hand, in certain tribes, it is women who are considered to be the protectors of the family, and the men are automatically assumed to be the child-rearers. Therefore, in this society, if a cisgender male prefers to be strong and the protector, then he would be considered more “feminine”. Therefore, how one’s gender expression is viewed, is strongly linked to one’s culture.

Biological sex – as discussed in the previous blog, this is the genitalia, reproductive anatomy, hormones, and sex chromosomes, one is born with.

Mel McElhatton holds a degree in Social Work from the University of Malta. With Willingness, Mel does life coaching and is one of the facilitators in the IRL – In Real Life team. They are also the producer of the radio show Niddiskutu s-Sess. They can be contacted on mel@willingness.com.mt. You can visit their profile on: https://zme.tec.mybluehost.me/willingnessmt/team/mel-mcelhatton/